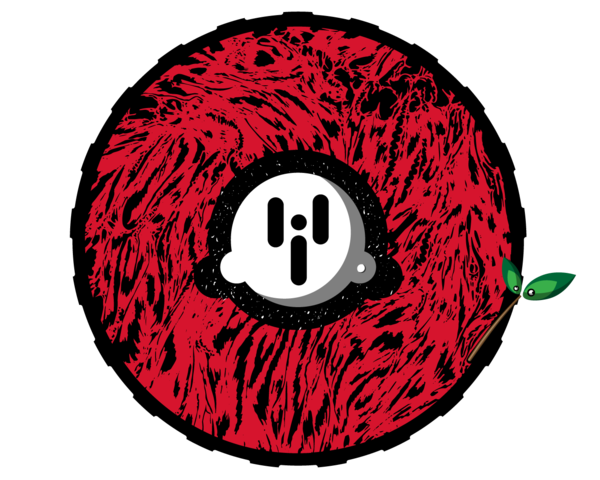 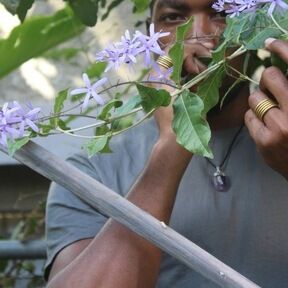 My early inspirations came from the bible stories my mother read to us as children; thus, allowing those biblical teachings to have a significant influence on my dreams and visions. Naturally, I transformed those into pencil drawings in my school books and created my toys using telephone wires I found on the streets all since I was 3yrs. Up until I was 14yrs my mom didn’t grasp my art nor did she accept it as she sed to burn them; labelling them evil, not understanding the early craftsman. I believe that caused me to think why create if she’s just going to burn them. So, I threw away the wiremen she couldn’t find and burned the rest of the artworks myself. Form those times through 2008 I lost touch with art significantly; my wasted years in high school had me neglecting my craft and also criticized for its eccentricity. Even though there was some art done for school projects it was too instructed and for lower than I was truly capable of even then.

2009 was my year of reckoning, I finally wrapped my mind around the internet for an extended period of time in a new city, with my first mentor, a friend of my bigger sister who also had a tremendous influence on my creativity as she was a good artist at the time. I was suddenly yanked from that atmosphere and went back home at the latter parts of that very year. I was in withdrawal; being exposed to mythology, anime, eroticism, fashion, social media! Seeing my favorite celebrities for the first time and seeing art that people around me would misjudge -being celebrated as masterpieces. It was all there and then it was gone. Regardless, I was a fish out of water, and I needed to go back in that place to breathe. I brought forth my own mental ocean. I developed so many new ideas for stories, poems, drawings and paintings, even entrepreneurial ideas. I had no laptop, so I wrote and drew on everything clear enough. I started practicing and developing my styles, I even found new understandings with religion and with my purpose and place in this world and universe. I stopped watching local television and religiously listened to the BBC radio service. I struggled to show people my new understandings and naturally I was neglected and shunned by my friends and family; however, not so harshly and not me personally just the ideas I had.

Now, I have become so confident in my craft, my style for various mediums is developed, I surround my thoughts with positive people, energy and I create without discrimination; without regards to common human limitations (religion, moral, etc.) and without regrets. Some things I keep to myself, some works can must never be sold or seen and even I am surprised at the things I create sometimes as if I am falling out of a trance when its complete. 2017 Dec. 3rd I finally made known to the world of my craft. After years of keeping it to myself and showing my friends in college I made the decision to follow this path. I believe meeting my wife had an even more significant role to play with this decision, not that she told me but the mere fact that she was present at the exact time of this decision is no coincidence. As soon as I showcased my work I was covered at that same even by a journalist. I appeared in the Jamaican national newspaper the following Wednesday and a buzz started to happen. I had to leave Jamaica for the birth of my son January and have been living in the US since. I am no longer in daddy mode; I finally have the ability to share my art with America and the rest of the world and I heavily look forward in doing so. ‘My Duty’, is to know that everything operates on a frequency and it is ‘My Purpose’ to hone the capability to tap into any frequency I desire; to be inspired to create anything, without indulging in or partaking of anything.

“There are so many stories in your work 💚”

Creating my artworks in separate collections is a great way to view the evident growth I presume. I do not make prints of my drawing unless they’re digital; I love the idea of owning a truly original piece as if it was made specifically for me with no copies thereby, presenting that feeling to the world. I like creating new images from my varying inspirations, this way, I have more to say—I can translate what I’m thinking with this language of art. Creating is therapeutic under the right conditions, innovating and writing mostly comes in the early mornings when most of the region slows down and falls quietly, the world sounds/vibrations reaches me best this way. This is my language; creating the eccentric arts to fill the gap of unfulfillable desires and undertaking the varying frequencies that exists. My artworks are stories of many things trying to be said, if you’ve read my poetry, stories or listened to the musical compositions I create or even watched a film I’ve made you’ll recognize this theme of chewing the right ingredients together to manifest a nutritious mind meal. Using such primitive and humble materials such as ink and paper or paint, brush and canvas, truly facilitates my translation of what I’m viewing in my mind (Tardania). I generally create alone in a clean and tidy environment and in an essentially influence free room; the reason for this, I don’t want the previous artworks or anything else to have such an impact that I remain in that loop. I prefer to be away from distractions and direct influences so I can remember, listen, converse with and create with the universe. Sometimes I see images so clearly in Tardania that it protrudes onto a blank space; hence, the blank white walls in my small studio. When in collection mode, I virtually disappear. Settling my mind from a world of cares and allowing myself to reset my ideals to create. I hope not to die before I’m able to share my art with the world, I believe the earth itself is using me as its tool and it is my duty to nurse the world. As I grow in prominence and finance, I will use this to help push back the damage we humans (including myself) have caused the earth. This is also a reoccurring theme throughout my art. I have the well-being of this planet on my mind daily since I was a curious child now that I’m older and able to do everything in my own I will take it on my shoulders to visit countries most seriously affected by our impact. Two specific goals of mine is to prevent baby sea turtles from crawling towards streetlights instead of the moonlight, which is causing tragic to kill them, another is to visit certain countries still dumping a vast majority of plastic products into their beautiful oceans and clean their beaches. Hopefully I will inspire other artists to not only address political issues but to actually get dirty in solving the problem. Naturally this isn’t my only goal but it’s my most immediate. Lastly, thank you for viewing and if you’re not ready to purchase my art you can still support me by sharing or simply emailing me what you think about my art or vision. “There’s always more... Eccentric Artistry.” —imuzi